Manavaatti , which released on April 10, 1964, is one of the best musical hits of the Vayalar-Devarajan combination. The social film with a Christian background was planned as an ‘Easter release’, but due to some technical reasons the release was delayed. Social stories with the heroine as the central character who sacrifices her life for the people around her have been a favourite especially in Malayalam and other South Indian languages. Manavaatti also followed this theme.
Produced by Raju M. Mathen under the banner of Thankam Movies and directed by K.S. Sethumadhavan, the film was shot at Newton Studios. The movie also benefited from the art direction by P. N. Menon, cinematography by Ramaswami and editing by N. Poklalath.
Popular stars like Sathyan, Madhu, S.P. Pillai, Ragini and K.R. Vijaya were included in the star list.
This was one of the early films with the settlers in the mountain ranges of Kerala serving as background and the film followed the slang used by the Christian families in such regions.
Susy (Ragini) is an inmate of a convent. She is sent to a remote village with an assignment to take care of a patient, Babu (Madhu) who is suffering from an acute disease. Babu’s brother Jose (Satyan) is abroad for his higher studies. His wife Sheela (K.R. Vijaya), Babu’s mother (Aranmula Ponnamma), and Joymon (Baby Vinodini), his sister’s son who lost his parents in an accident are the other members in the family.
Babu who was a pessimist because of his heart ailment, regains confidence in life due to the love, care and dedicated attention given by Susy. Kind-hearted Susy became beloved to the family, while Babu’s health improved and the young man fell in love with Susy. The peace, happiness and harmony in the family were turned upside down when Jose came back after his studies abroad. Susy was once his lover and it was with her support that he was able to go abroad. Susy had mortgaged her house to raise money for her lover.
Jose was forced by his parents to marry Sheela, who was from a rich family. Susy was not aware that Babu was the brother of her lover who had betrayed her. Jose repented on his past and lost his peace of mind with Susy around him.
Sheela came to know about her husband’s love affair. The family atmosphere became tense and incidents that caused emotional setbacks followed. On the other hand Babu wished to marry Susy, but at first she was not able to think of marrying him as he was the brother of her former lover.
Babu’s health worsened on Susy’s reluctance to accept his proposal to marry her. Persuaded and compelled by all others in the family, Susy agreed to marry Babu. Arrangements for their marriage progressed. Doctors advised heart surgery for Babu and he recovered from disease.
Fate was cruel towards Susy, as the doctors advised against Babu having a family, and hence the wedding did not take place. Susy returns to the convent and the emotional drama concludes with an unhappy ending.
Ragini excelled in her role and impressed the audience. Hilarious comedy scenes involving S. P. Pillai, Bahadur and Adoor Pankajam were appreciated by the audience.
Eight songs written by Vayalar Rama Varma and composed by Devarajan became all time hits. Idaya Kanyake Povuka Nee …. (K. J. Yesudas) later became the opening number of stage programmes of the playback singer. The romantic duet Ashtamudi kaayalile …… (Yesudas-Leela), Devathaaru pootha naaloru …. (A. M. Raja), Neela Varna Kanpeelikal … (P. Susheela) also became instant hits. Other hits include Parakkum Thalikayil …. (Susheela), Muthassi katha paranjurakkaam … (Susheela), Kaattile kuyilin koottil …. (Renuka), and Chummathiri Aliya … (A.L. Raghavan).
Will be remembered: As a good social film which was a box office hit too. Excellent music.
Posted by Malayala Sangeetha Sahithyam at 4:10 AM No comments:

Email ThisBlogThis!Share to TwitterShare to FacebookShare to Pinterest
Labels: Manavatti


(The Hindu - All Kerala Edition) 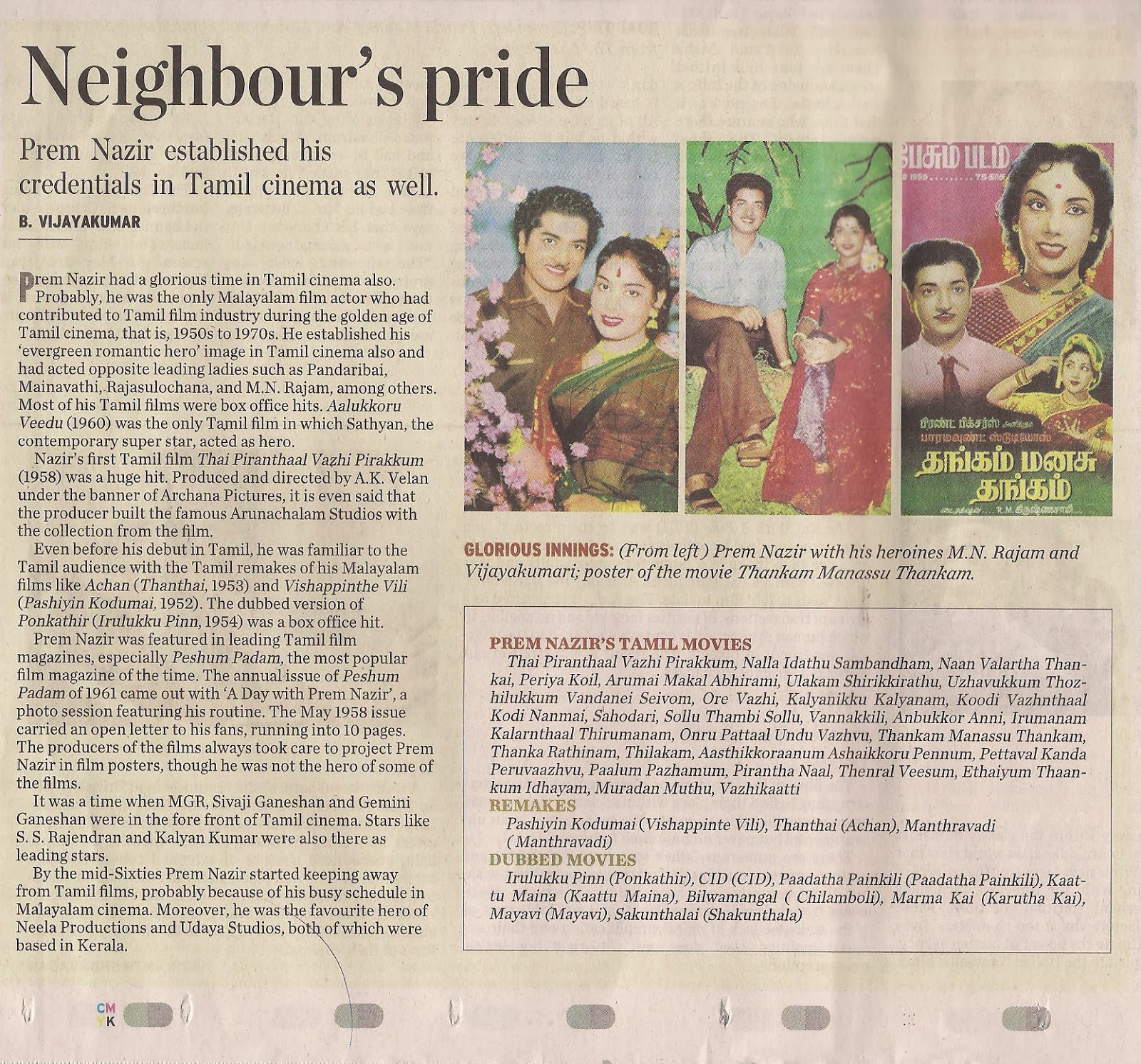 Posted by Malayala Sangeetha Sahithyam at 3:48 AM No comments:

Commemorating the 25th Anniversary of the Evergreen Hero 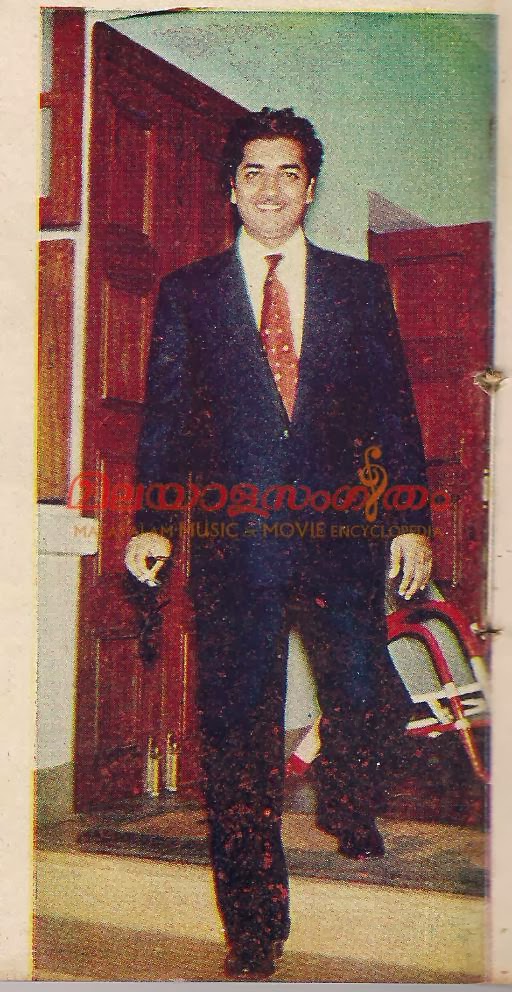 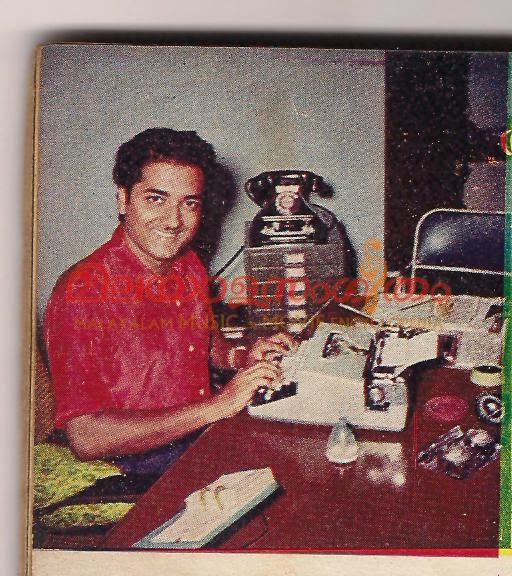 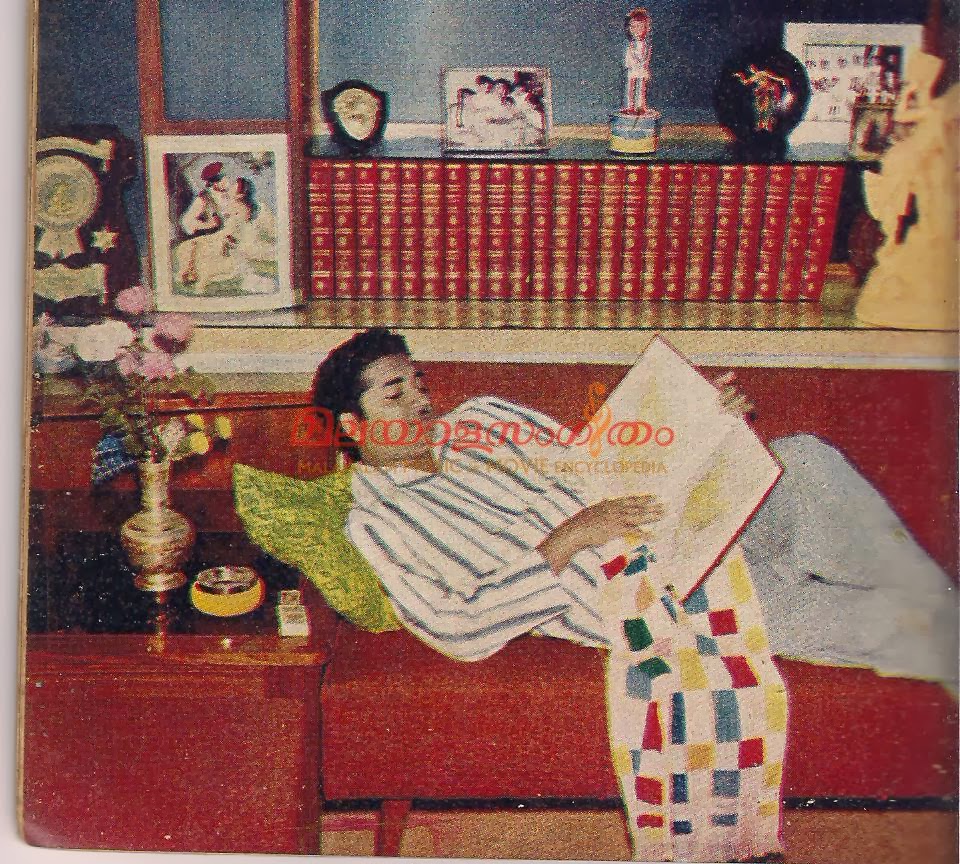 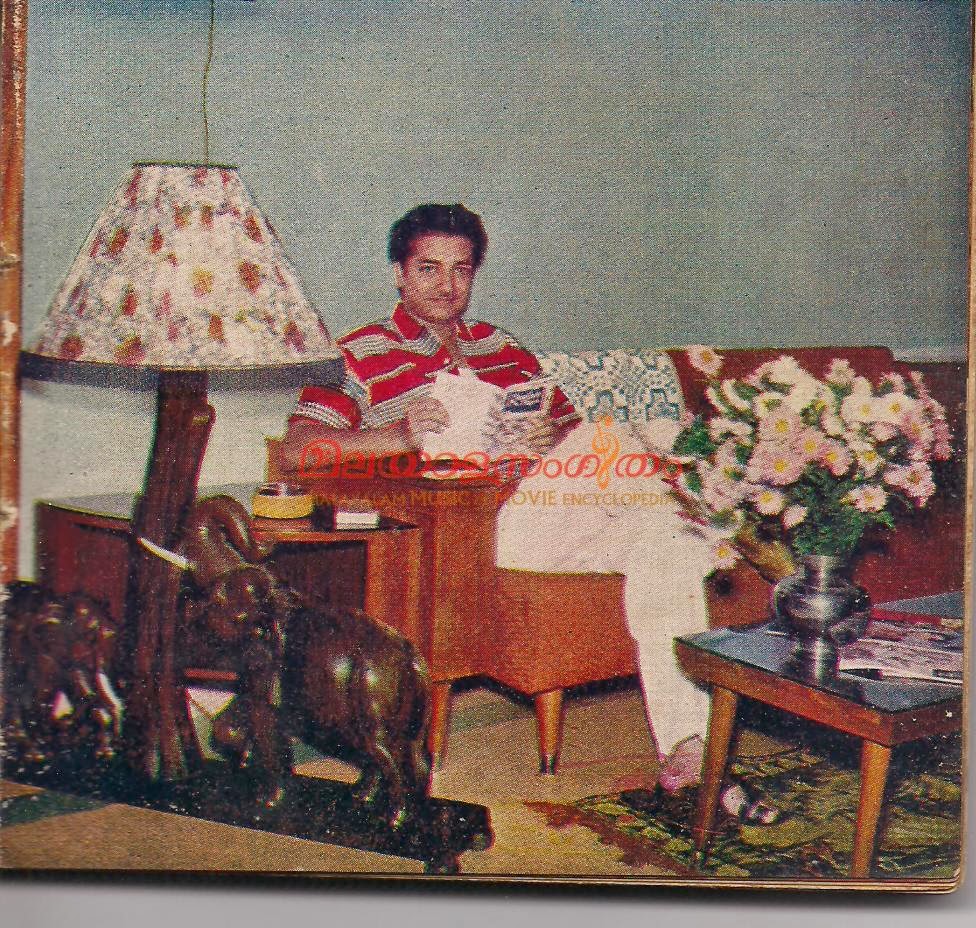 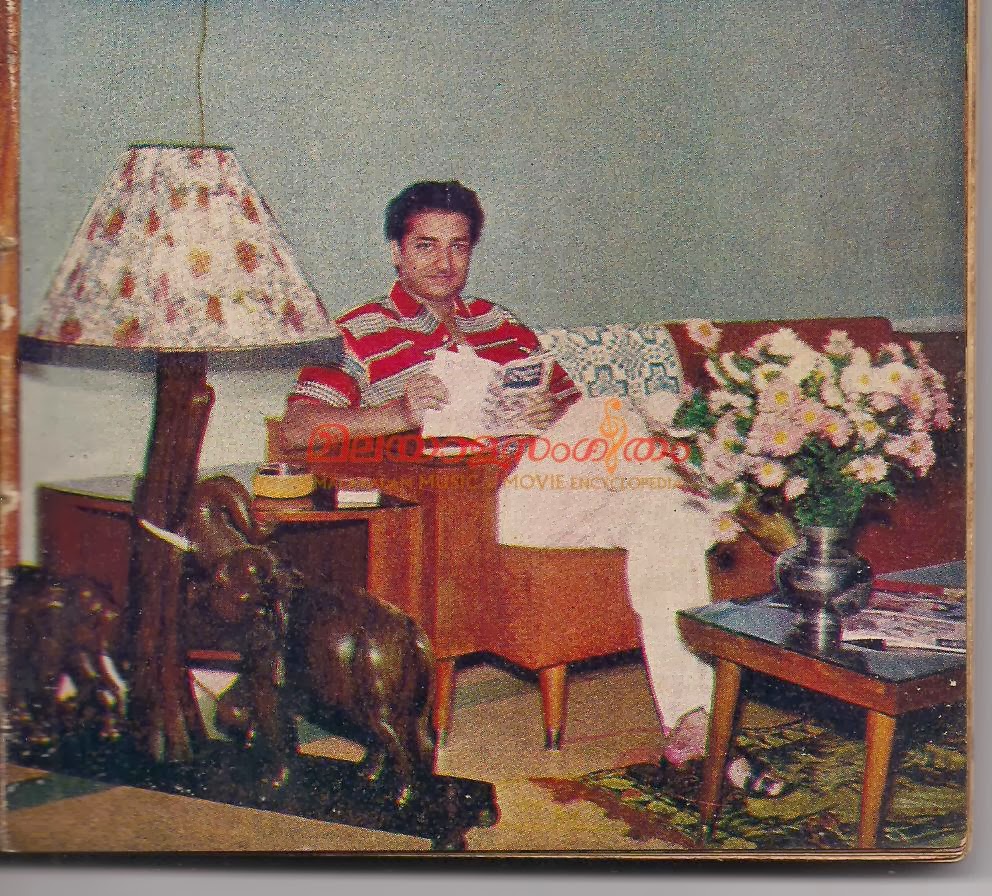 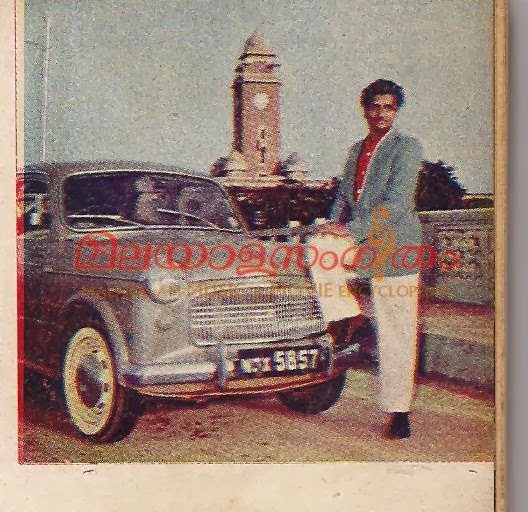 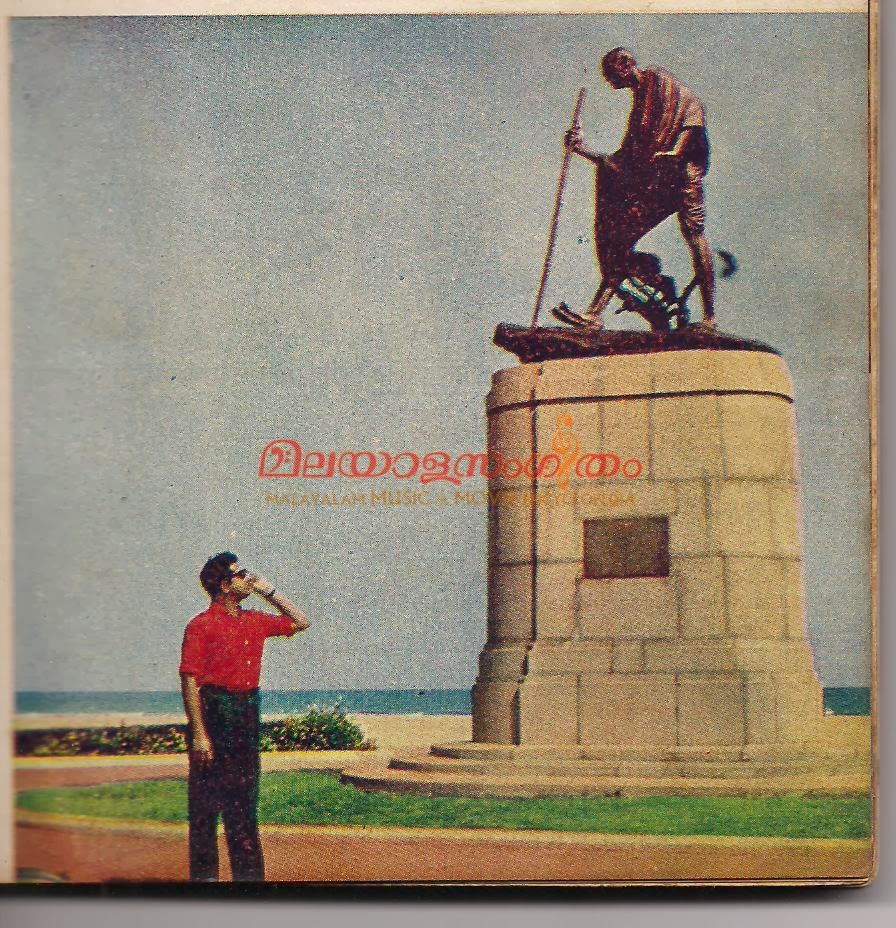 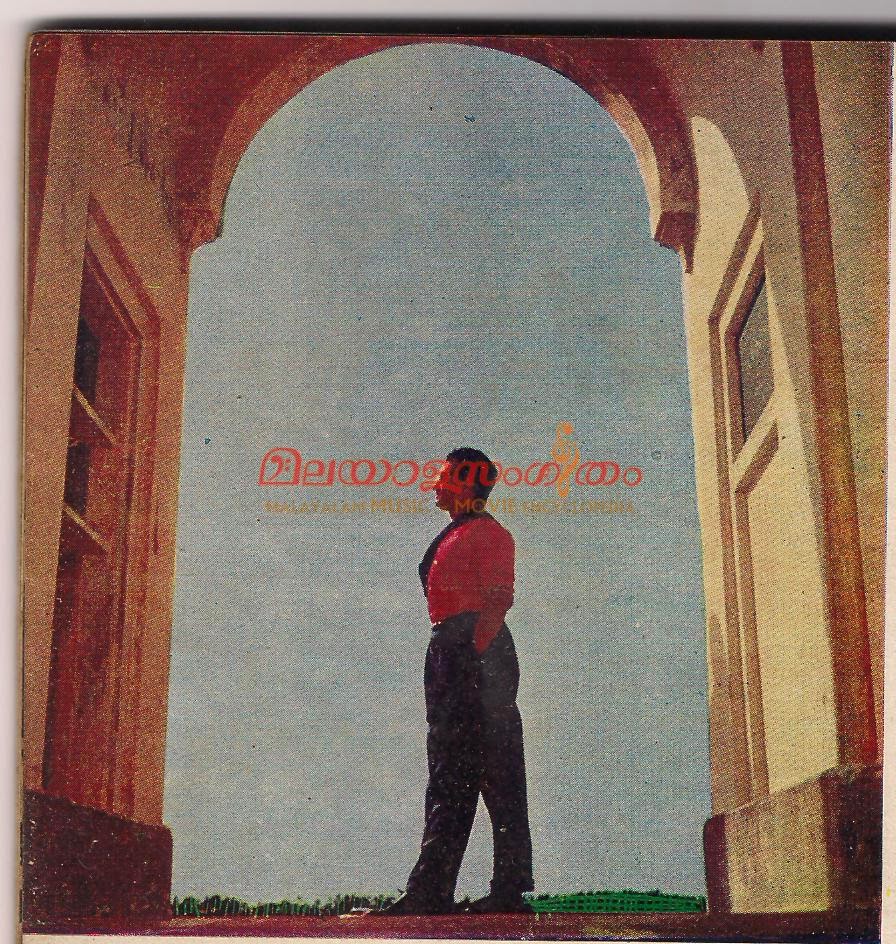 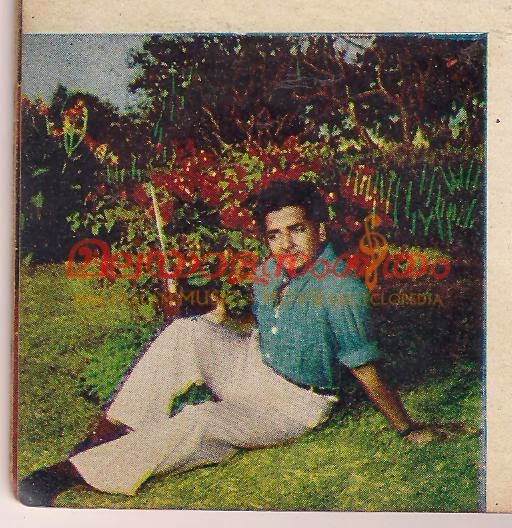 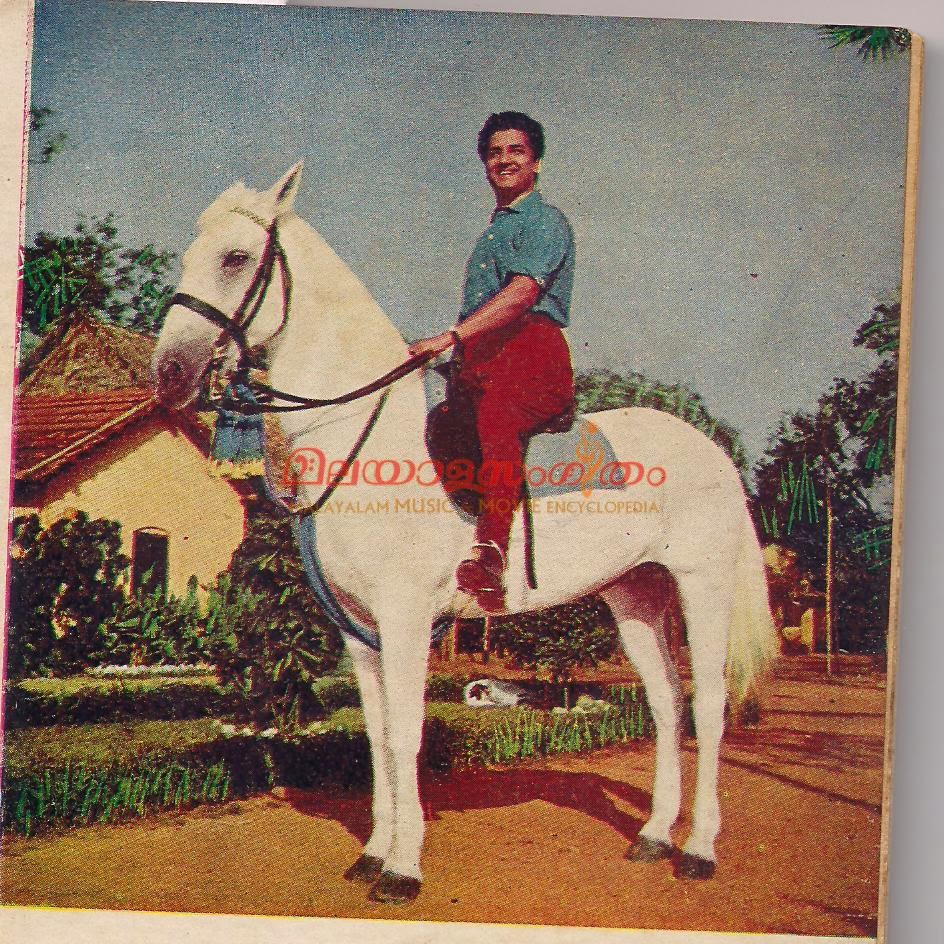 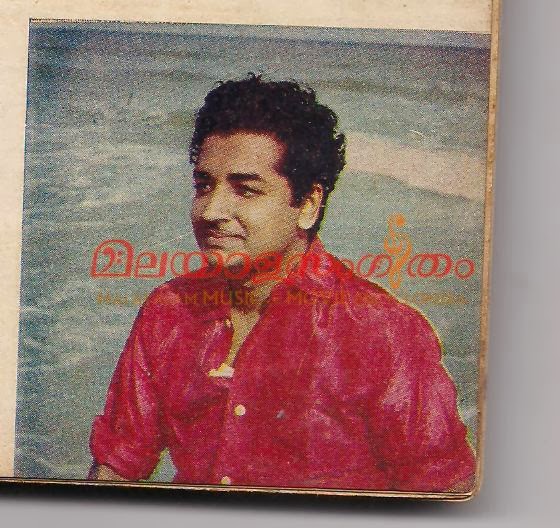 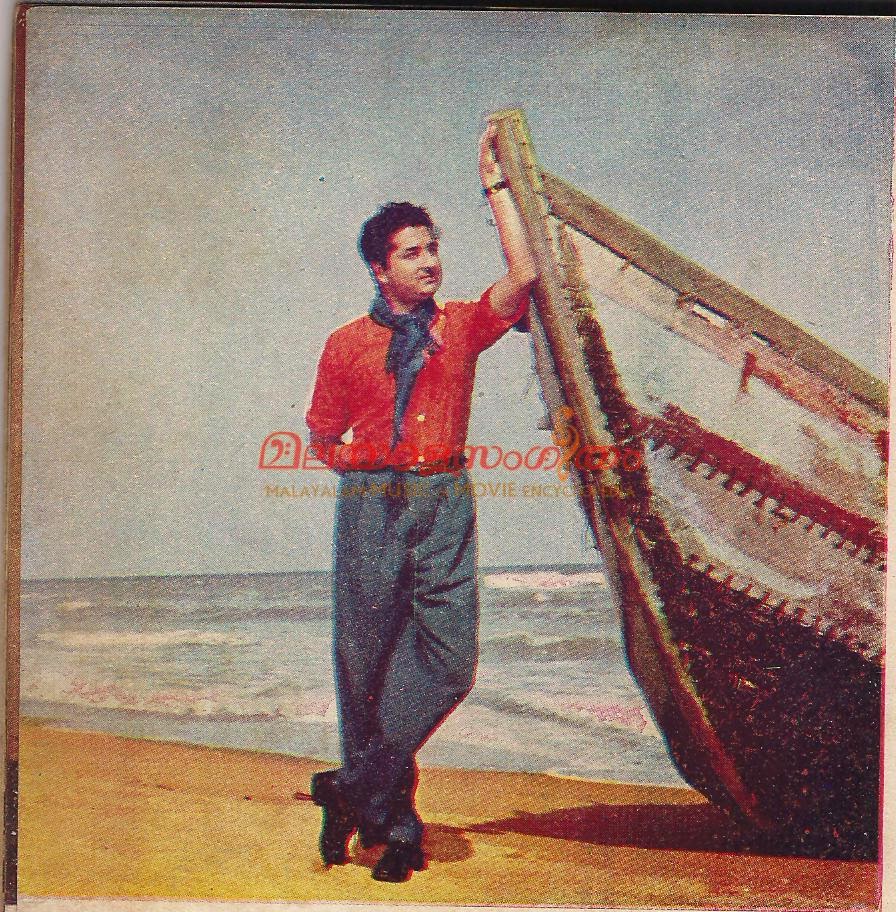 Posted by Malayala Sangeetha Sahithyam at 9:16 AM No comments:

While movies without songs are a common phenomenon in Indian movies today, it all started as musicals once upon a time.

Neethi (Click for details) in malayalam was remake of Hindi film "Kanoon" - 1960 directed by B R Chopra starring Ashok Kumar, Rajendrakumar, Nanda etc . This was the first songless movie in Malayalam once the talkies came in existence

In Tamil - "Andha Naal " -1954 - directed by Veena S Balachander was the first songless film for that language. The film was a huge hit with Sivaji Ganeshan in the lead role   This was a murder mystery

Kanoon, Neethi, Andha Naal -were all songless films were based on murder mysteries !!

In Hindi, the Wadia Movietone film "Naujawan" - 1937  was the first songless film.  Munna" 1954 directed by K A Abbas might be the second songless Hindi film

Posted by Malayala Sangeetha Sahithyam at 2:55 PM No comments:

Movies Made in Several Languages

One of the fads of 1950s was to create movies in multiple languages at the same time. The motivation must have been to reduce the overhead costs while producing as well as to get the popularity of one movie translated into the other languages. While dubbing was prevalent during those days, the motivation for remaking, sometimes simultaneously, was intended to cash in on the stars (actors) known to a particular language.

Here are a couple of examples both from 1957. There are more we will address later.

(Click for More Info from MSI): This movie perhaps has the record of being made in 5 languages SIMULTANEOUSLY

Released on the Christmas day in 1957, Devasundari was a phenomenal box office flop despite having 20+ songs in Malayalam and didn't do that well in any other languages either. Another unique aspect of this movie is that it had the same name 'Devasundari' in all languages.

During an interview with yours truly, Jose Prakash once said that he acted in Tamil as well as malayalam

Here are details from all languages:

(Click here for More Info from MSI): This movie in fact did one better than Devasundari in languages. They released it in 6 languages, although that happened over a span of 4 years. The names of the movies in different languages were different too.

Posted by Malayala Sangeetha Sahithyam at 10:00 AM No comments:

Popular novelist Thakazhi Sivasankara Pillai is well known for the varied social subjects that he chose for his literary works. ‘Maatta Kalyanam’ or exchange marriage, a form of marriage involving an arranged and reciprocal exchange of spouses between two families was the subject for the filmOmanakkuttan , which was based on a short story written by him. Produced by KKS Kaimal under the banner of Keralasree Productions, the script and dialogues of the family drama was written by Thoppil Bhasi. The film was released on October 8, 1964.
Directed by K. S. Sethumadhavan, the film was shot at Neptune and Newton studios. Music by G. Devarajan was the highpoint of the film.
Sankunni Nair (Thikkurissi) lives happily with his children Bhavani (Ambika) and Govindan Nair (T. K. Balachandran). Through a marriage broker, Paramu Pillai (S. P. Pillai), he arranges an ‘exchange marriage’ with the family of Kunjulakshmi Amma (Pankajavalli). Bhavani’s marriage is fixed with Kunjulakshmi Amma’s son N. P. Pillai (Sathyan) and Govindan Nair’s marriage with her daughter Yashoda (Chandni).
To the dismay of the two families, Yashoda’s marriage with Govindan Nair could not be conducted on the fixed date. She fell ill and the marriage was postponed. Along with his wife, Pillai returns to Madras where he is employed. Pillai and Bhavani lead a happy life. The marriage between Yashoda with Govindan Nair is cancelled once again this time because Govindan Nair is busy with official commitments.
Bhavani, who is pregnant, comes back to the village. Another date is fixed for the wedding of Govindan Nair and Yashoda is fixed. This time it is cancelled for shocking reasons. Govindan Nair is forced to marry Sreedevi (Sukumari), his colleague, whom he loved and was pregnant by him. In fact, they get married a day before Govindan Nair’s marriage with Yashoda. The incident deranges Yashoda and paves the way for the split between the two families. Pillai, who comes on leave for the marriage of his sister returns to Madras without even meeting his wife and new born child. He later flies to the US on an official assignment.
Pillai returns. Kunjulakshmi Amma dies after a prolonged illness. Sankunni Nair who comes to attend the funeral is insulted and driven away. Pillai’s little son Omanakuttan (Baby Vinodini) is shocked at the rude behaviour of his father whom he meets for the first time.
Omanakuttan is a ‘disturbed child.’ In school he is teased by his classmates. Plunged in agony the boy develops fever and is hospitalised. The boy’s condition melts Pillai’s heart. He rushes to the hospital to see his son. The boy recovers in the presence of his father. Yashoda regains her mental equilibrium bringing about a happy reunion of the shattered family.
The songs written by Vayalar Rama Varma were set to tune by Devarajan. The film also included a traditional song Kani kaanum neram … by Poonthanam set in ragamalika (and sung by P. Leela and Renuka, which became very popular. The other hits include, Aakasa Gangayude karayil … (solo versions by A. M. Raja and P. Susheela), Ashtami Rohini rathriyil … (Susheela) , Illatthamma kulichu varumbol … (Susheela-Leela), Kuppivala kaikalil … (A. P. Komala-chorus) and Thaaraattu paadaathe thaalolamaadaathe … (Susheela).
Will be remembered: As a good social movie and for its memorable songs.
Posted by Malayala Sangeetha Sahithyam at 4:11 AM No comments: