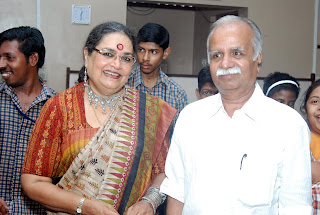 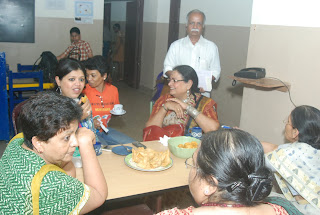 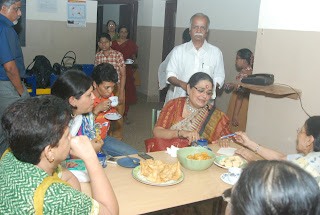 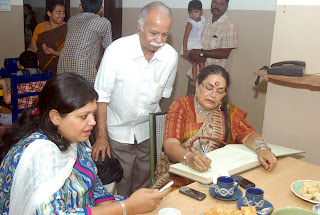 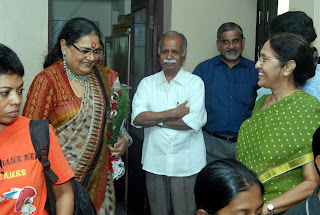 Posted by Malayala Sangeetha Sahithyam at 5:37 PM No comments:

Social evils like dowry, divorce, polygamy etc. were subjects for Indian cinema right from its early years. In 1937 ‘Bombay Talkies' produced the Hindi film ‘Jeevan Prabhat' that had an unusual theme - misunderstanding and a biased attitude towards infertility. The film narrated how such an issue dealt with wrongly can lead to another social problem like polygamy.

The Malayalam film ‘Kuttikuppayam' (1964) produced by T. E. Vasudevan for Jayamaruthi Pictures was based on a more realistic approach to the evils of this social issue.

Based on the novel ‘Kanneer Panthal,' the script and dialogues were by the novelist Moidu Padiyath himself. Directed by M. Krishnan Nair, the film ruled the box office and is still considered as one of the best musical hits with some excellent scores by M. S. Baburaj.

This was the debut film of Philomina. This was also the debut Malayalam film of playback singer L. R. Easwari also.

The film explored the stigma attached to infertility. It was always assumed that the cause for this was the wife. The practice of confirming the cause by proper medical examination was very seldom followed in Kerala.

The film pointed a finger at this misunderstood idea and the injustice meted out to women on account of this.

Jabbar (Prem Nazir) marries Zubaida (Ambika) against the wish of his mother (Philomina) who had plans to bring her niece Safia (Sheela) as her son's bride. Zubaida is accused of being infertile by her mother-in-law and other members of the family.

Jabbar loves his wife but gradually falls to the constant taunts, manipulations and emotional blackmailing over not having a child and blaming his wife for that. Jabbar finally decides to get separated from his wife.

Jabbar marries Safia, while Zubaida's father Kareem (Kozhikode Abdul Rehman) forces his daughter to marry Siddique (Madhu) The marriage broker does not tell Siddique that Zubaida had married earlier. When he comes to know of this he sends Zubaida back home. After Kareem dies, Siddique brings back Zubaida and they leave to Madras where Siddique gets a job.

Zubaida gives birth to a child. Jabbar comes to know of this from a relative and is shocked. He gathers courage and undergoes a medical examination that confirms his infertility. At the same time Safia becomes pregnant. His own cousin (Murali) is held responsible for this.

Jabbar reaches Madras in search of Zubaida and Siddique and meets them at a festival ground. Zubaida's child was on a merry go round. Suddenly the machine goes out of control. Jabbar jumps in to save the life of Zubaida's child but gets injured fatally. Jabbar breathes his last in the presence of Zubaida.

Ten songs written by P. Bhaskaran were set to music by Baburaj.

Will be remembered: As a good social movie with a strong message. As the debut film of actress Philomina and the debut Malayalam film of singer L. R. Easwari. And for its excellent music.

Posted by Malayala Sangeetha Sahithyam at 5:26 AM No comments: