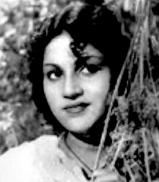 HIT MACHINE B. S. Saroja in the first Malayalam mega hit
‘Jeevithan Nauka’ is considered the first Malayalam ‘mega hit’ film. It was simultaneously shot in Tamil and Telugu. The success of the different versions prompted the producers to dub the film in Hindi as ‘Jeevan Nauka’ (1952). The Hindi version also did well.

The film portrayed the life of simple folk in a small village in Kerala. The treatment is simple, straightforward and objective. At a time when most south Indian films told stories of kings and gods, ‘Jeevitha Nauka’ spoke of human sufferings. This was a new experience.

Soman (Thikkurissi) is brought up by his elder brother Raju (Sebastian Kunjukunju Bhagavthar) and his shrewish wife Janu (Pankajavalli). Soman is in love with Lakshmi (B. S. Saroja), the daughter of a poor village performer Kaniyan (Adhimoolam) who belongs to a lower caste. Raju, employed by the zamindar (Nanukuttan) and Janu resent the inter-caste marriage between Soman and Lakshmi.

Lakshmi gives birth to a son and in the meanwhile Soman goes to the city in search of job. Lakshmi who is left behind in the village faces harassment at the hands of the villagers. In the city, Soman is hit by a car driven by a rich young woman who takes him home and also employs him as the manager of her estate. Janu starts receiving Soman’s letters and remittances which start arriving. Janu does this by impersonating Lakshmi with the connivance of her brother Shanku (S.P.Pillai).

Meanwhile Lakshmi leaves the village in search of Soman. During her wanderings Lakshmi sees her husband with a woman and suspects him of being disloyal. The young woman is none other than his employer. Lakshmi tries to kill her child and commit suicide but what saves her is the instinct of motherhood. Lakshmi gets together a band of beggars and organises a home for them. She uses her talent as an actress and collects funds for the home by staging plays. Back in the village life turns its tables on Raju and Janu, while her brother Shanku is killed. The real culprits, the zamindar’s advocate and his group of people mislead the police implicating Soman in the murder. During one her plays, Lakshmi recognises her husband who is about to be arrested on the trumped up charge. Explanations follow and Soman is absolved of the false charge and the couple are reunited. Raju is helped out by Soman. Janu who has now become a beggar is recognised by Lakshmi. Regardless of what has happened in the past, Lakshmi takes Janu home. And all ends well.

There were 14 songs in the film. Music by Dakshinamoorthy followed the then prevailing trend of imitating popular Hindi tunes. Mehboob entered the cinema world by singing for this film. Though an imitation of the Mohammed Rafi song from the Hindi film ‘Dulari’ (1949) ‘Suhani raat dhal chuki…’ (Naushad), the soulful rendering by Mehboob made the song ‘Akaale aarum kaividum…..’ memorable. Other songs like, ‘Aaanandamiyalum bale….’ (P. Leela) , ‘Thoraathasru dhaara….’ (Revamma), imitations of tunes from ‘Barsaat’ (1949, Shanker-Jaikishen) failed to impress. A duet, ‘Aanathalayolam venna tharameda…’ sung by Sebastian Kunjukunju Bhagavathar and Alappuzha Pushpam, father and daughter, in real life, became a super hit.

Will be remembered: Noted singer Mehboob made his film debut in this film. It will also be remembered for the songs, ‘Aanathalayolam venna tharameda…’ (Bhagavathar, Pushpam) and ‘Vana gayike vinnil varoo nayike...’ (P. Leela, Mehboob).

B. VIJAYAKUMAR
Posted by Ajay Menon at 11:31 AM No comments:

LANDMARK ‘Randidangazhi’ celebrates its Golden Jubilee this month, this year
The film was an adaptation of a novel of the same title by Thakazhi Sivasankara Pillai. A seminal political movie set among the conditions of bonded labour in the Kuttanad, the film was dominated by its script and dialogues, written by the novelist himself. The genre was akin to many of the stage plays of the KPAC, the famous drama group. The music by Brother Lakshmanan was influenced by the style propagated by India Peoples Theatre Association (IPTA).

The film released on August 24, 1958, celebrates its Golden Jubilee this month.

Chirutha (Miss Kumari) is the beautiful daughter of a peasant Ittitharakali. Her avaricious father wants to marry her off to the first person who can provide the penpanam’ or a sort of dowry system that prevailed in the community. Koran (P. J. Antony) and Chathan (T. S. Muthiah), two peasants are in love with Chirutha. Chirutha has a soft corner for Koran who decides to sell himself to the local landlord for a loan. Using this loan money Koran pays the ‘penpanam’ and wins Chirutha’s hand in marriage. A dispute arises during the marriage. The landlord demands ‘Thampran panam,’ a tax levied by the landlords at the time of marriage from their tenants, especially lower cast tenants. Chathan stands by Koran here.

Koran and Chirutha move to the neighbouring village, work in the paddy fields, and lead a happy life. Ouseph, the landlord here, is a cruel bigot who exploits his labourers terribly. Koran protests against this. He organises the labourers and forms a union to protect their rights. For this he has to pay a huge penalty. Koran is whipped by the landlord. He turns a revolutionary, organises protests against the landlord that also includes a strike in the fields.

Koran also brings to light the shady deals of the landlord. These incidents make Koran a sort of rebel. The landlord hatches a conspiracy against Koran and the peasant leader falls into the trap. He is implicated of charges of theft. Fearing police arrest Koran flees the place. Chacko, the landlord’s son, attempts to molest Chirutha but is foiled by timely arrival of Koran. In the ensuing struggle he strangles Chacko to death. Before Koran is arrested and sentenced to 10 years rigorous imprisonment, he hands a pregnant Chirutha to Chathan, his intimate friend, and who always nursed a silent love for her. Chathan looks after her like his own sister till Koran is released from jail.

One of the attractions of the film were the dialogues penned by Thakazhi. The film projected the evils of the feudal system that prevailed in the State, especially in areas like Kuttanad.

The film had nine songs. Most of them became popular. Stage actress KPAC Sulochana made her playback debut in this film. One of her duets, with Kamukara Purushothaman, ‘Thumbappoo peyyana poonilave...,’ has stood the test of time. Her solo, ‘Poomazha peythallo...’ also became a huge hit.

Will be remembered: One of the most talented actors of Indian cinema, P. J. Antony made his debut in this film. The film will also be remembered for its super hit songs. It was also the first film to project the evils of the feudal system that prevailed in Kerala then.
Posted by Ajay Menon at 11:28 AM No comments: